Have you ever wondered why after entering a room and having been introduced to just 2 people yet …… 15 seconds later could not remember either one of their names?

The reason you forgot their names and equally important other things in a business or personal setting, is that while you were hearing, you were not listening.

Hold on!  Aren’t hearing and listening one in the same?

No!  While virtually everyone uses these words interchangeably, for what they believe is the same trait/attribute, they are not!

Active Listening is a skill which should be taught at 4 or 5 years of age.  It most certainly needs to be taught in kindergarten, because it is no more difficult or complex than counting or spelling (being simply repetition) but is significantly more important than the later.

Every day 99% of what you currently do entails passive hearing (requiring no obvious effort). This is controlled at the same level of the brain as key body functions like breathing, your heart pumping and legs moving while walking. 10,000 years ago human hearing was a survival mechanism to help with sounds in the wild, to avoid us from being prey.  As such hearing is not part of a memory technique.

Listening is not the same as hearing, using a different part of the brain, where the learned skills you practice, are stored.  Listening is an active skill, which requires minimal practice and effort to make it a habit.  But it does require the engagement of your brain, to transition those sound waves into meaning.

While it may feel that you are going to have to stretch/exercise your brain as you have seen on those memory trick TV shows, this too is not the case.

Let’s clear up another misnomer.  Renowned professional artists in music and painting became successful through this same repetition and practice as used in active listening.  Not one single person is a natural!  Canadian author Malcolm Gladwell quotes this as the 10,000 Hour Rule.

To be an active listener (making you appear very smart and caring) requires you to actively practice this simple art of listening.  Following another proven rule and practicing every day will mean that in 30 days it will become a habit.

I learned firsthand the importance and the incredibly positive impact the act of listening can have on your life and career from a true professional.  This person used this as a silent but, immensely valuable asset throughout his entire career, parlaying it in the ’60s as a successful bartender, catapulting him to VP of Sales of a $500M corporation in Canada (when it was in the top 10). He openly shares this story with anyone interested, and he kindly did so with me, during one of our lunch forays playing squash.

His first job was as a bartender in Calgary in the roaring 60’s.

Searching for a way to enhance his income/sales….. to selfishly generate more income/tips, he actively engaged his mind in the introduction of every patron.  Doing so, he took the art of listening to the very top level, paying dividends in the $ millions!

HOW DID HE DO IT?

Prior to going to college, Paul had a very mundane and repetitive job at the gas company calibrating gas meters on rolling tables, (16 to a table).  Each had a six digit number on a brass plate for identification and recording.   Paul used this job to actively engage his brain by practicing remembering these numbers silently repeating them to himself so he could impress others.  When the table was rolled to the guy at the next station for the next test, he would tell the tech to have a close look at meter no. 634527, second from the left.  It would always impress them as to how engaged he was.

While at College he worked large banquets as a bartender in a room with 1000+ people in attendance, alongside another dozen or so bartenders scattered at bars throughout the room.

Attendees at the banquets would have a tendency to “mill about” the same bar so Paul would serve many of the same people, making it easier for him to “remember” the guy with a green tie that drank gin, very dry with two olives.  Paul took pride in impressing people on their second trip to the bar and he would have “the usual” ready before it was even requested.  It amazed them how could a guy remember what a thousand people are drinking!!! It also achieved the desired result of significantly more tips.

One night while working the bar for a small group of people, there was a gentleman off to the side watching Paul’s skill in action as he surprised numerous people having their second drink ready before they reached the bar.  At the end of the evening, this observer introduced himself, as a V.P. National Sales Trainer.  As Paul was finishing his last year at college, he was offered a job on the spot.

Today he uses this active engagement in listening, for the yardages on all the 27 holes at his golf course which he quotes to any new members golfing with him.

HOW YOU CAN DO IT TOO!

When a customer enters, never start with what can I get you, or a meaningless hello.  Rather offer out your hand and said hello, I’ll be helping you enjoy your evening and you are……. (in a first attempt to get their name).

If they did offer their name freely, ask them to spell it. No matter how simple (given the many unique spellings).  During this process, repeat every word or letter, silently. Step 1 in the art of listening.

If not offered …..then welcome them and inquire if this is their first time here. If they answered with either the hotel or city, you have information with which to associate the name.

At this stage indicate something personal about your role and ask if they have something special in mind.

Securing a coaster or piece of paper, place their name (like Starbucks do on their cups) and confirm the spelling, with a cute little quip (if they turn it over).

This process should be repeated in your contact software in your phone, along with any distinguishing or memorable traits about the person.  This third and more comprehensive step in active listening is to commit the information to long-term memory (and only required for information expected to be used well into the future).

We all want to be remembered and heard. When someone displays this skill/connection, it enhances the value in the relationship, hence more tips, and faster advancement.

Active listening in meetings and conversations uses the same tools: 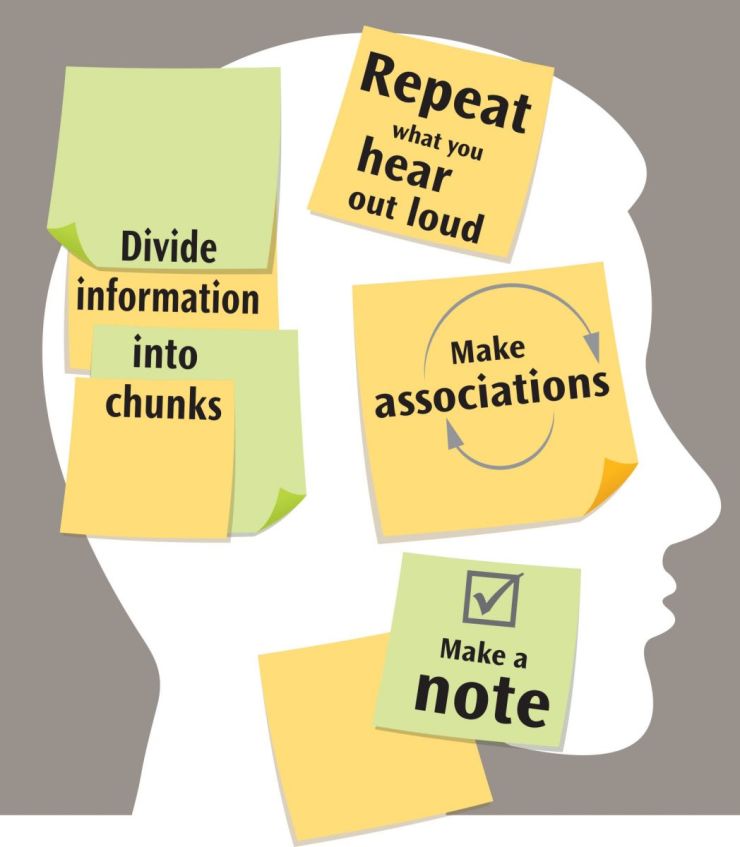 Actively listening is a skill I wish I was taught in grade//high school or at the very least university, given the importance it plays in life with friends and in business, connecting and getting ahead.

While I was at Kraft, after Nabisco had taken over, I was dealing with hundreds of different people, in every department and at every plant, as well as contacts in the United States.  So trust me, after 5 years, this active listening skill returned significant dividends to me as well and continues to do so today.